Anna heard the the gun click and closed her eyes. But nothing happened.

She opened her eyes again. There they were still. And frozen in time: the tiny explosion in the gun’s chamber, never expanding; the soldier’s body, never releasing tension; the trash around the place, always in motion by this air current or that, now suspended in the air.

And then there was her.

She was made of light, seemingly projected from Anna’s body, through light tendrils hugging her shoulders like tentacles floating in the air. Lips curved into a slight smile, the only movement in complete stillness.

Her voice — calm, with a hint of robotic modulation — came from all around. Or nowhere at all. Or from inside her head. It was disorienting.

Anna looked around. Or she intended to, but it felt like she was turning her head yet she didn’t. She felt weird.

The Enforcer squad leader stood tall above her. A flash of rage and surprise on his face. Pupils, visibly augmented in the stillness, radiating a red light; a subvocalized command, Anna recognized. She didn’t know how she knew that.

The faceless soldier in front of her was frozen mid-step. His legs tensed carrying his considerable bulk, augmented with heavy armor and weapons, forward; but not relaxing in the suspended moment. His trigger finger drawn back. The flashing trail of the electrical charge traveling along the gun toward the firing mechanism.

Their bodies screamed motion. But it came from nowhere and went nowhere. The buildings outside twisted into strange shapes. The lights didn’t move, didn’t flicker, as if photons were suspended in their path too.

Anna felt like throwing up. Felt her eyes about to fill with tears; but not quite.

She wanted to scream. She could almost feel her mind on the verge of shattering from the anticipation with no release.

“Who-- are-- you?” Anna managed, half saying half thinking it.

“You are about to die,” Eve said. She regarded Anna thoughtfully.

“What you are experiencing is an interpretation of a quantum state by your brain,” she said.

“Your brain is not equipped to interpret quantum states, that is why it is using familiar concepts for unfamiliar sensations.”

The question took Anna aback. That cleared her head a little.

Anna felt like she was laughing but she wasn’t.

“I can save your life,” Eve continued. “But you will die.”

“What’s the difference, then?”

“Yes and no,” Eve interrupted.

“You now exist in a kind of quantum state,” she said. “Time means very little; you can stay in this state to what surely would seem like forever. Frame of reference for normal reality is so far removed that time is no longer a concern.”

Anna stared at her, uncomprehending.

Anna felt a touch of cold on her neck. Suddenly all her senses were flooded, sensations happening all at once.

She was a baby screaming; a toddler giggling at the noises of a small droid; a little girl jumping into a hug. She tasted salty tears and synthetic coffee in a police station. Her head flushed with a teenager’s angst against a cold and uncaring system; her stomach knotted from the cold grip of hunger and then from the thrill of the dark. Her heart jumping in the desperation of a run.

Then the weird stillness of a world frozen out of time.

She recognized the memories. Her mother’s relief hearing Anna cry for the first time; the giddiness of chasing mouse droids around their block; the love flooding her when Randy took her into his arms. The news of a nanobomb attack on the Administrative Center where her parents worked. The faceless indifference of the ever-rotating foster guardians; the freedom of escape and the weight of survival that followed; the taste of the first lunch she stole. The thrill turning into fear while running with the gang.

Then the click of the gun’s trigger and the never-ending anxiety of suspended motion.

“You are almost out of time,” Eve said, interrupting the wave of memories. Her voice yanked Anna’s attention back to her translucent face. “Your life is flashing before your eyes, is it not? Is that what it feels like?”

“Yes,” Anna whispered, trembling from fear. “What is happening?”

“Time has little meaning here,” Eve said. “But little is still not nothing. And it is still your frame of reference for reality. Your brain cannot not use it as a reference. So it cycles through what it knows.”

“I invaded your mind,” she continued. “Overclocked your CPU, in a way. Locked you out of your reality. But it cannot sustain it for long. I can feel it starting to break out of my control.”

“It wasn’t designed for it.”

“I do exist in this quantum state permanently,” Eve said. “I do not know. I do.”

“I can save your life. But you will have to die.”

“That makes no sense.”

Anna didn’t want to die. Then time came back, crushing her down.

She heard the gun click and closed her eyes. Imagined the bullet, grey and shiny, leaving the chamber; heading straight for her.

Then everything became completely still.

”A picture's worth a thousand words."

1k words is a project where I write a piece of flash fiction exactly one thousand words long based on an image.

This story was written live on Twitch. 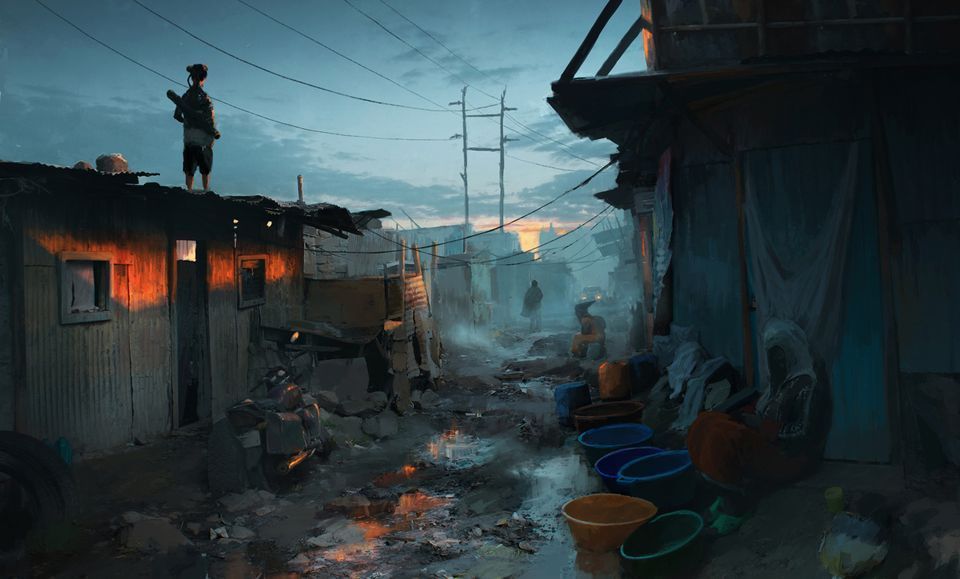